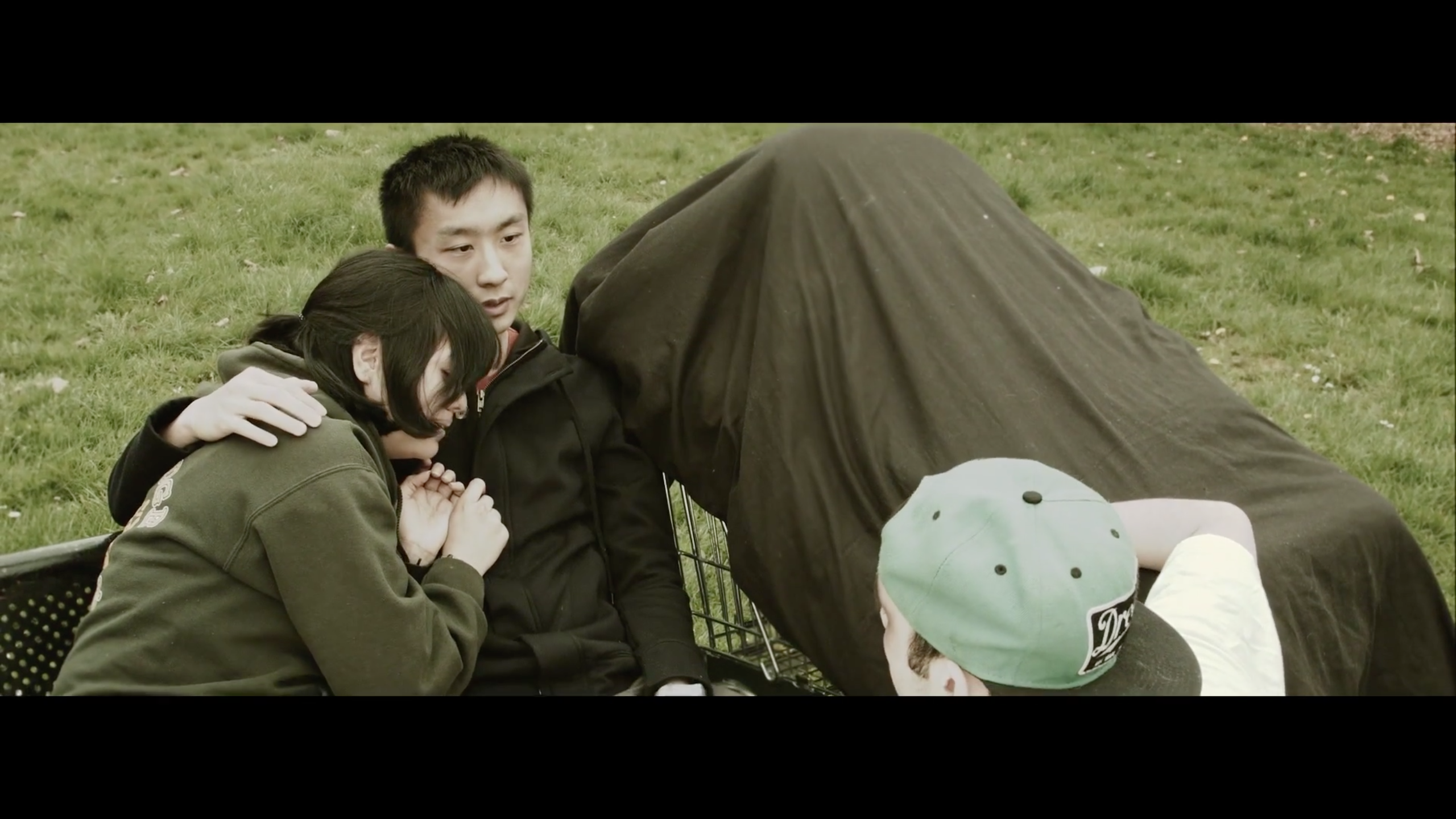 Inspired from the rising amounts homeless people in Brighton, every year I would visit from University. It was painful to watch that the future seems worse than past for the majority.

I started to think about how it starts, being at the bottom end of the ladder and then going through a bad patch, would be enough to see you on the streets. Although there are multiple reasons on why you could be sleeping rough, the chance of it happening is rapidly increasing.

Full Circle’s first part Ray, is about a typical person who lives on the breadline. Ray is there to symbolise the average person, working hard for not a lot of money but just pulling it together in times of austerity.

Ray then passes the torch to Tangent, the second half of the Short Film. Tangent is critique on modern society told from the point of a view of a homeless person.

Explaining his thoughts during an interview, he is also followed during the day, while the production crew gets all the additional material they need. He is not pictured in the best light, leading up to the final scene but those frames are to juxtapose the message that he is delivering. It is a jab at the media, who often shoot the messenger, if it doesn’t fit their agenda.

Using the two actors from my previous film Hello Tomorrow, I was able to use their characters to provide some contextual cut-aways. Taking the image above for example, Stephanie is dying to get away from her workload in Hello Tomorrow but in Full Circle it could be perceived that she is trying to escape from society.

Check out the full film below.