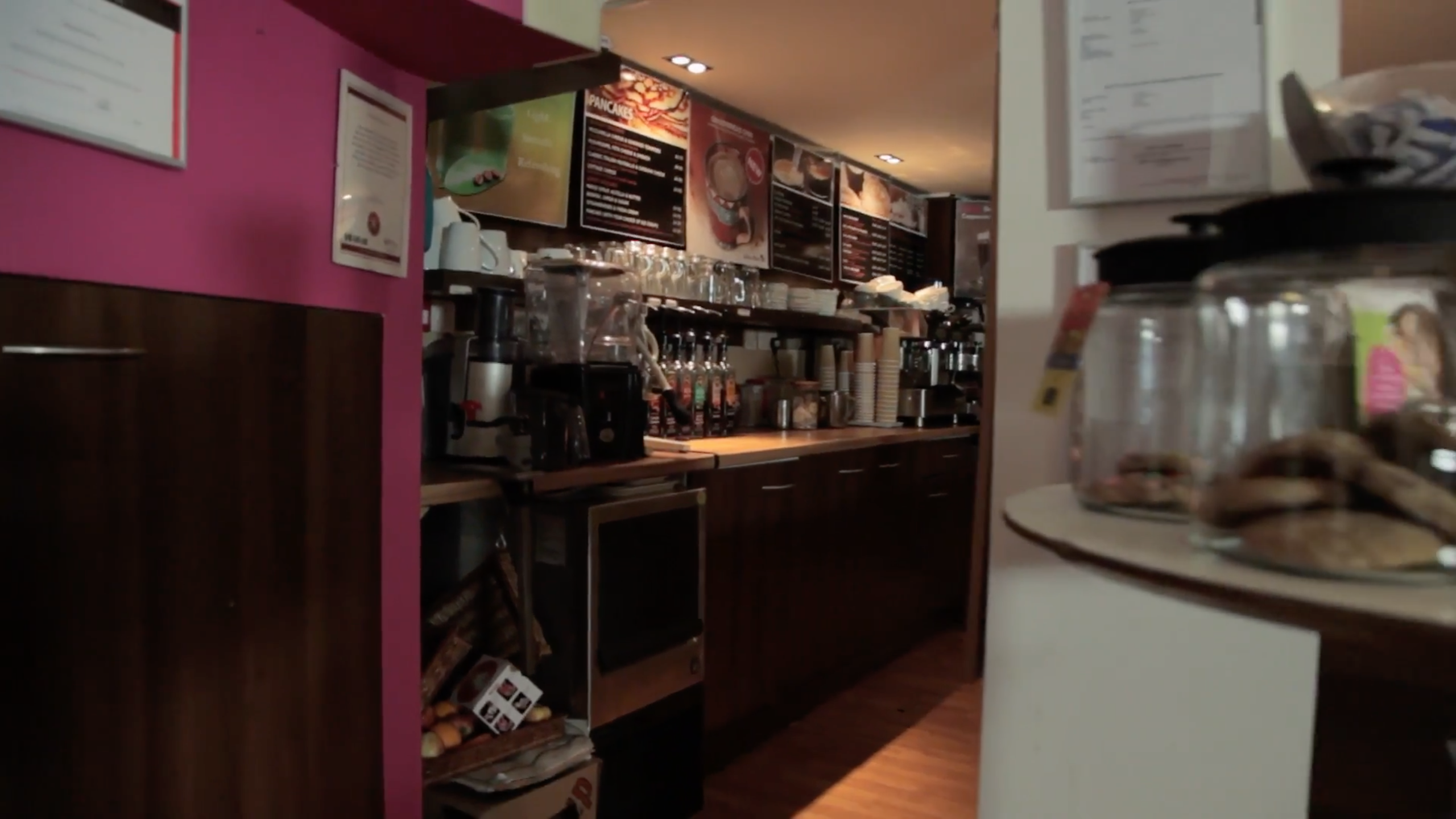 During the filming of ‘I=phone’, a short film about the over reliance on mobile phone technology to decide what to wear, what to say, where to go and how to do other basic human functions.

At the scene where the two main characters meet for the first time, at a coffee shop that their phones directed them too. I struck a deal with the shop owner, so that we could use the premises in exchange for viral video he could share online.

My Director Torstein Jacobsen was also the Camera Operator for I=Phone and while I wrapped the shoot, he went around capturing shots of the shop.

I edited together the shots he took and mixed them with some clips from the short film. I used text to share information about the shops open times, range of products and services offered.