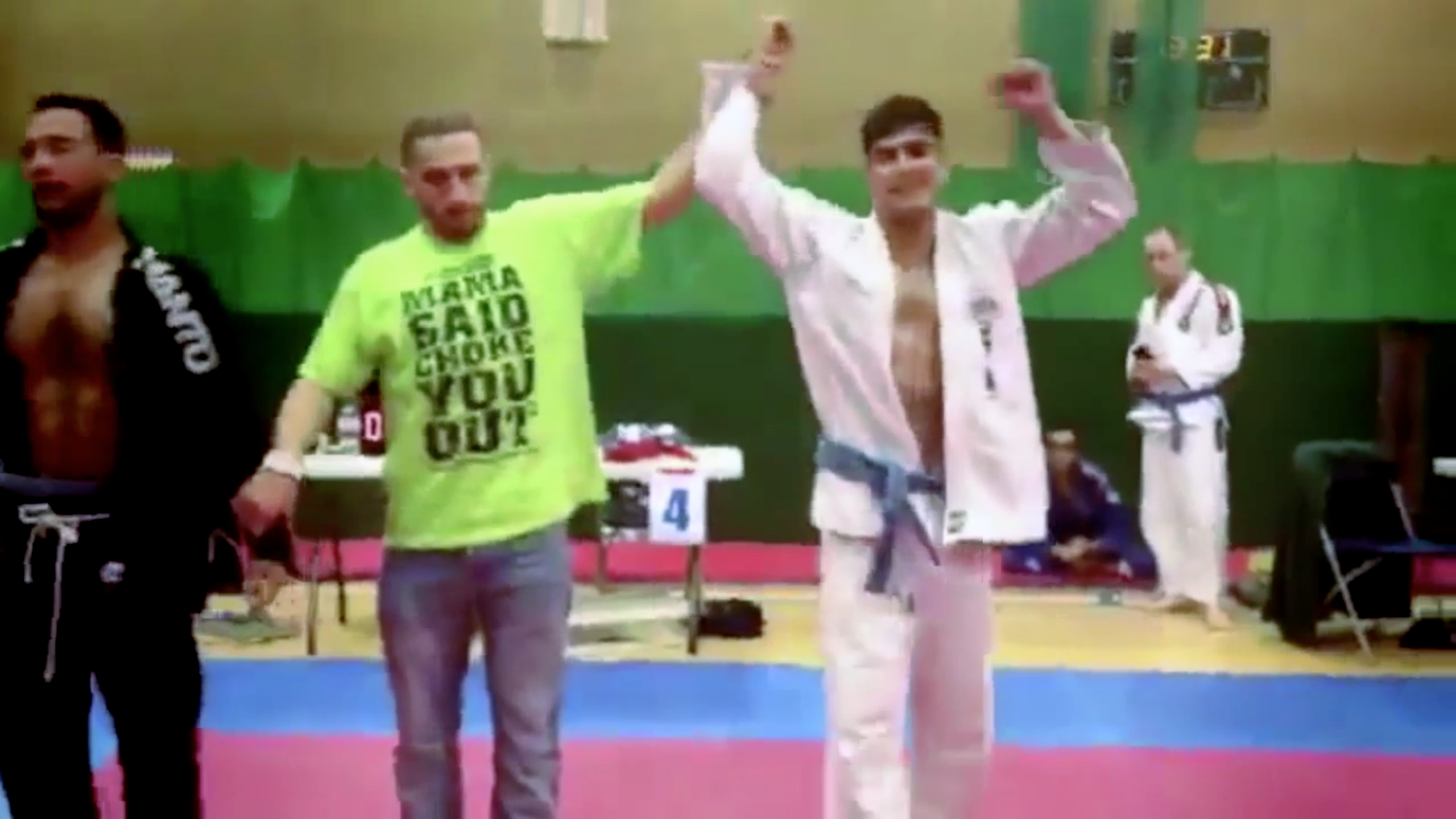 Experienced competitor and teacher at Elements Martial Arts Centre and other venues across Sussex. Rapidly progressing through his belts, he needed a compilation of his matches, so that he can attract sponsors.

Majority of the shots where captured by other martial artists and attendees, rather than professionals, so I had to reframe a lot of the action.

The shot above, was recorded using a wide angle lens that made Younis and his opponent tiny compared to the venue. Zooming into the footage, gives the audience a chance to see the intricacies of the martial art form.

I wanted to choose an upbeat track for the video, to match the action of fighting but I also wanted something that was familiar and recognisable.

I decided upon Skipdope’s remix of, Silento’s Watch Me. The original was a massive internet sensation but Skipdopes version gives it more of a energetic quality, with it’s genre being Trap appose to Pop.

The long build up in the song, lent itself well to having opening titles. I went for a cut out style as shown in the picture above, it peers into the action, giving the audience a snippet to whats coming up.

Check out the full video below.