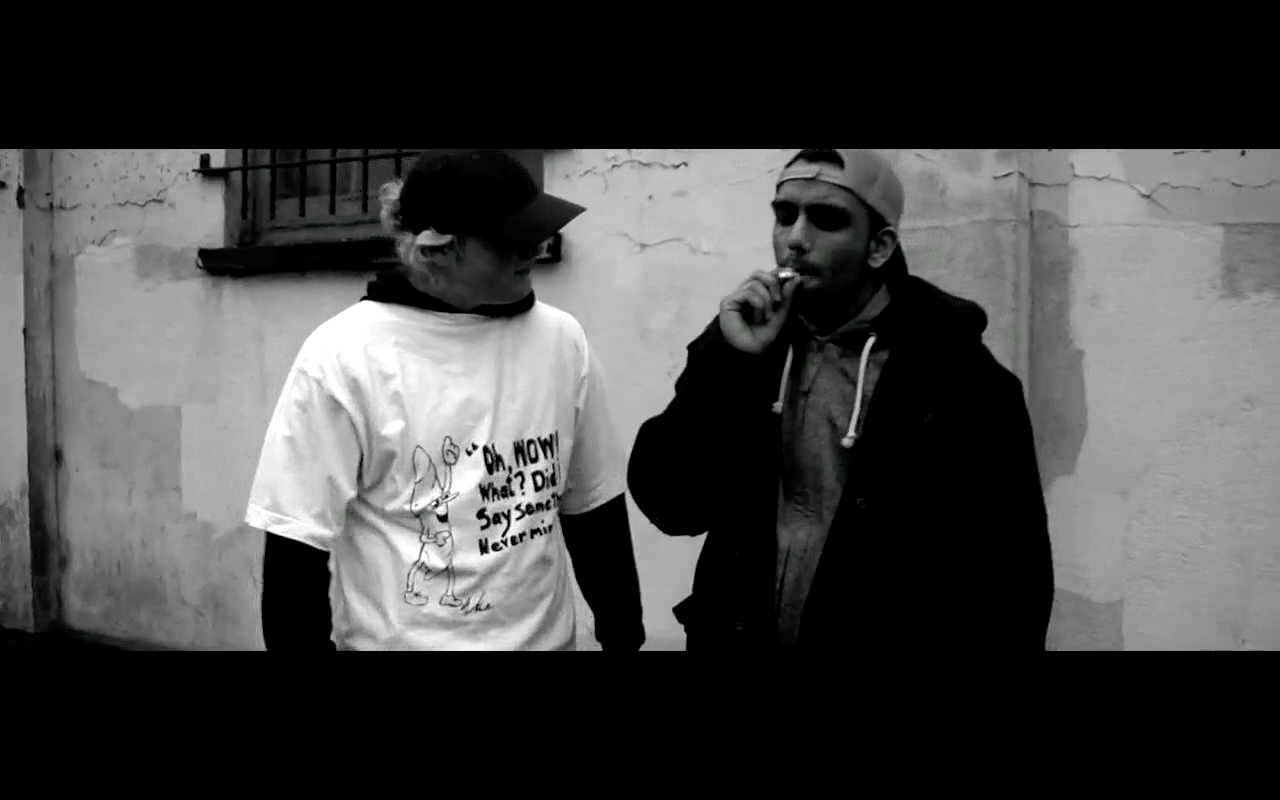 A lot of effort and attention to detail is put into films and for this task at University, we were set to recreate a scene in a film.

As the Producer for this project, I had my team meet in the library to discuss what film scene we should recreate. I was looking for a low budget film, so that we can easily acquire the location and props to create a successful remake.

Jaspal the director for the project suggested that we do a scene from the Clerks. The film focuses on a general store, in average American town but the characters that inhibit the area make the film.

Majority of the costumes where arranged through the crew’s wardrobes. The t-shirt worn on the by the character Jay, from the picture above on the left was acquired from a charity shop. We copied the design, using a marker onto a plain white t-shirt and it came out well.

The full film is worth a watch but check out our re-creation below as a bit of a teaser.