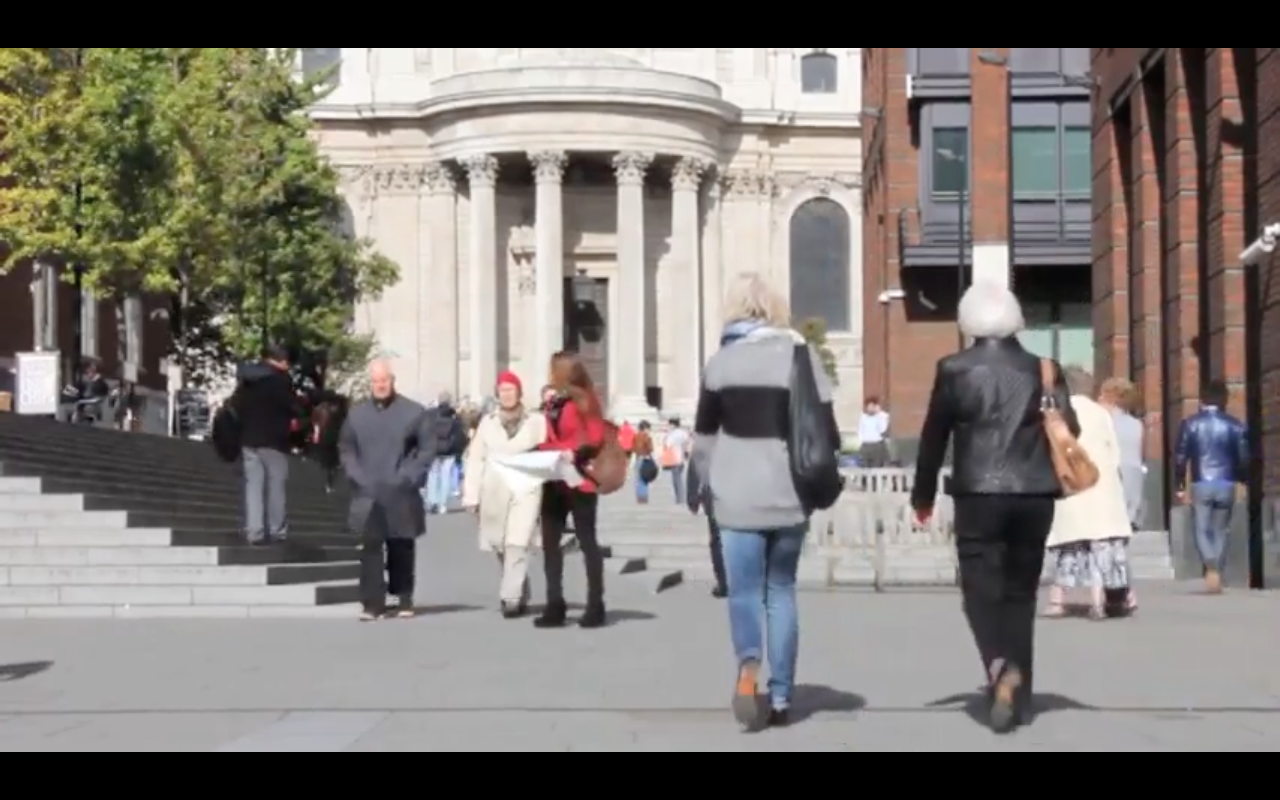 My first ever project at University was being placed in a small group of fellow students and let loose in the centre of London to make a short film about the ‘Spirit of London’.

The Sweet Pea group as we were named, came together at a coffee shop before filming, to discuss what the ‘Spirit of London’ was. Popular thoughts where, multi-culturism, business, congestion and just generally busy.

We started to plan scenes where Justina, a member of our group begrudgingly accepted to be the lead actress in the film. The story was that she was visiting London and not really enjoying her time, for her it was a bit too much hustle and bustle.

What we didn’t account for is how nice people in London are. Despite another member of our group barging into Justina and another instructed to help her up, the man in the suit was unaware of the plot tried to help too.

Another instance was while our actress was resting on a monument, we asked a man who was also sitting there to go flirt with her and act creepy to make her leave. He was on his lunch break and more than happily obliged.

Half-way through we had to change the story to Justina having a bit of a difficult time with London at first but eventually she enjoys it and can’t wait to visit again.

The shot above was outside a jewellers, where I told Justina just get in there with him and drum up some small talk. Going by the rest of our experiences in London that day, it worked and the man was oblivious to the film crew behind him.

My role was probably Producer/Director, by asking important questions in the beginning, I consolidated the thoughts of the group. During the filming process, I was the one creating the scenarios, visualising the the shots and explaining to the actors.

My role in the film was quite dominant and as the creative vision was mostly mine, I was also granted the role of editor. The first half of the film populated clips where Justina is unhappy and isolated. The second half she’s a little more social and has a smile on her face.

Overall I was pleased with the work we put into this film, with little to no planning and everything was shot on the fly. Check it out below.